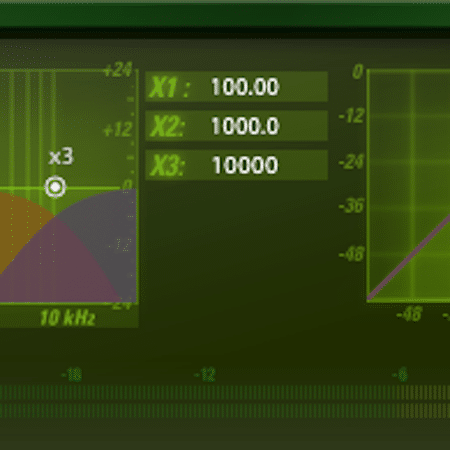 The MC2000 crossover can be controlled from the text displays just to the right of the Crossover Display, or from the display itself. To perform the later operation, simply click on the Crossover Display at the point where two adjacent crossover bands intersect. Mouse movement to the left or right (while holding the mouse button down, as with normal slider control) updates the crossover for the adjacent compression bands. When a crossover point begins to overlap with other crossover points, those points are updated as well, preserving the 2, 3, or 4 distinct compression bands.
Bite 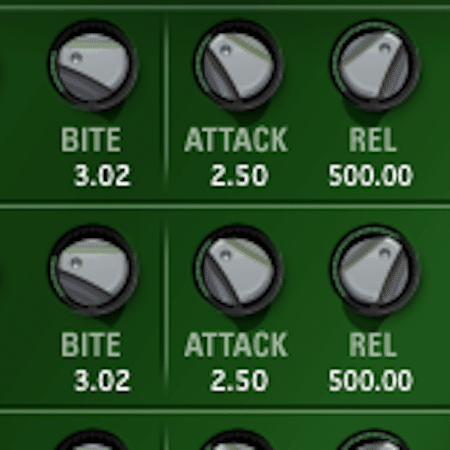 The Bi-directional Intelligent Transient Enhancement control gives the compressor…well…more ‘bite’. As this control is increased, fast signal changes (transients) are allowed to pass through the compressor while the overall compression amount is the same. The transients of a compressed signal will become more obvious as more ‘bite’ is applied. This control is useful in emulating the response of analog compressors.
Band Linking 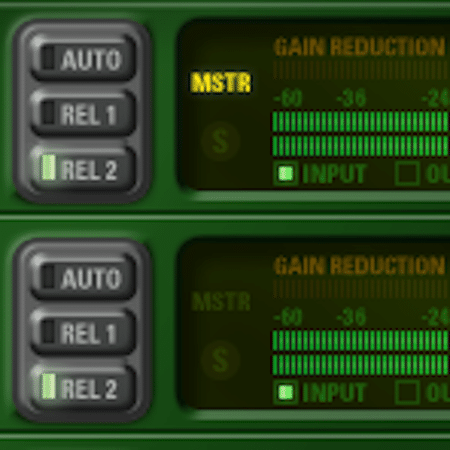 Any of the MC2000 plug-in compression bands can act as a master band, controlling that band and the other bands slaved to it. Using the Link control, a master section can be selected (Master 1, 2, 3, 4, or Unlinked). Quick control setup, expedited edits, and new creative compression techniques are possible using the compression band Link control. 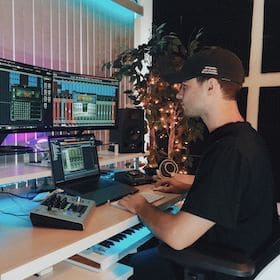 “The MC404 is by far my favorite multi-band compressor on vocals. It helps me shape my frequency curve while controlling the dynamics like no other.”
Alawn
Snoop Dogg, Flo Rida, Park Bom, Gucci Mane
Store
Price
Details

All items ship free within the US.

Software Is Not Returnable.  Software cannot be returned.  Please ensure that it is compatible and it is the correct version prior to purchasing.

There are no reviews yet.

Only logged in customers who have purchased this product may leave a review.

There are no inquiries yet.

This site uses cookies to offer you a better browsing experience. By browsing this website, you agree to our use of cookies.
More info Accept
✕